I broadcast myself nude during lockdown.

This isn’t habitual, and wasn’t planned, of course – what minute of that horrid glitch of a year was? – but there I was, across my channels, in my birthday suit. On your screen.

The route to déshabillé started months earlier: as I put the bin out, in fact. Taking the bin out – we know now what collective mania that phrase wrought. But before the Facebook groups, the dressups and act-outs, in those early weeks of homeschooling and flour-hoarding, as I wheeled my green bin one glorious autumn Brisbane afternoon, with the balmy backyard glowing in just-the-right quadrant of the golden hour, I understood exactly what to do. I raced upstairs, dug out a ruffled mid-80s Diane Fréis, threw on serious heels and an overblonde wig. And I took the bin out. 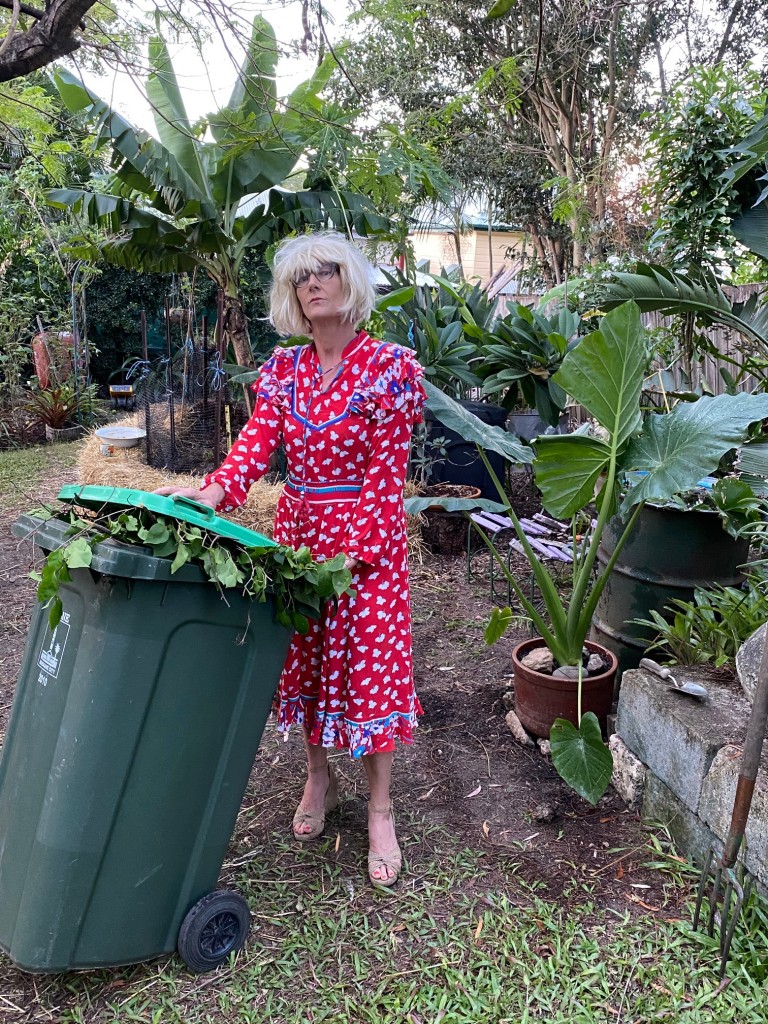 Later, my partner confessed, he did wonder (as he filmed me prance about with the bin) about my mental stability – worried about the psychological effect of all the homeschooling and flour hoarding. But I was into it. I posted the video, and waited.

Friends laughed, and said kind things, and a few said even nicer things in private messages. Sometimes, strangers shared the videos, which was both weird and quite splendid. A few sent special requests. I hid someone’s birthday message in the bin lid. A friend said she’d shown the series to her honours students, virtually, as an example of maintaining creative practice while “locked down”. Addictive, utter fun, it was a punctuation mark in the middle of the unfettered week. An event.

It felt great, taking these old mates out for a stroll. I abandoned the bin, just the once, and dusted our rumpus room mirrorball for Fashion Critical while wearing my long silver sequin halter frock; although it didn’t feel quite right mincing around binless, it did extract funny comments from strangers.

Then, as this bin-thing gained mass, and started to take over real and online conversations, I grew weary of myself. I don’t usually work in front of a camera. It’s rather tiresome, I discovered: a skill I probably lack. And if I was becoming bored of the sight of myself, others wouldn’t be far behind.

How to withdraw gracefully?

Everyone (especially me) would tire of vintage combos and bad dancing before long. With a milestone birthday looming, the ultimate choice was simple, a celebration, and a definite finale. For my final bin outing, I would wear my birthday suit.

This was originally written for, and rejected by, QWC’s lockdown diaries.

Comments Off on Bin flamingo