It will be the year of structure.

I will make time to write, corral little chunks of hours. Things will be produced*. (*I will find an alternative to the passive voice to avoid that overexposed personal pronoun.)

I have been guilty of calling myself a writer with little to back it up. Let’s be honest.

The latest edition of Island contains an essay, Public Writers, Private Lives, that resonates. Island editor, Matthew Lamb, sniffs “there are a lot of talkers out there”. Lamb will not call himself a writer until he has three books published. Good for him. Guess I am a talker. Also, a mother, event producer, communication consultant, freelancer, critic, gardener, publicist, social media gnat, school volunteer, environmental campaigner, friend, and corporate writer/editor. But writer? Underpublished, unpaid. Fraud. How dare I use this undeserved label, “writer”? 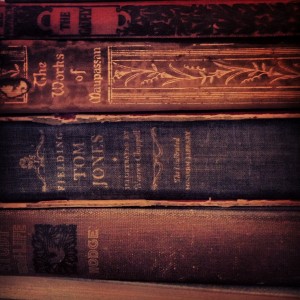 Recently, for the sake of conversational amusement over the party season, I heard myself describing my being a writer as “going through my rejection phase”. Ha ha, snort. 2013 was a year of occasional literary rejection. Good for the spirit.

Must a writer be published to a predetermined level before earning her name? For me, a writer is one who simply must write. Hell, it’s not for the dosh. (According to this report, the average income for Australian writers is $11,000.) Writing is surrendering to the compulsion to deliver these chains of words somewhere. This screen, that notebook, that toilet wall. Even if (like this blog!!!) very few people even read it. Does the audience even count?

Does the audience count? With this in mind, I release below a piece I’ve sent off as a writing sample to two of last years rejecters. Perhaps it’s rubbish. Perhaps I come across as quite a wanker. It’s part of a series of flash writing that my mentor, Ros Petelin, suggested I play around with: stuff that I use as a writing exercise.

The night they freed Nelson Mandela

The night they freed Nelson Mandela we threw a party. The strange thing about this party was that it didn’t take place at our house on Honour Avenue in Chelmer, because that was the house of impromptu parties. Living with someone in a band meant you ended up living with most of the band. Initially JC, Jacinta, and I moved into the Honour Ave house. Jamie moved in later, after a sojourn in Aspen. (He was preppy to our grunge.) Jacinta’s boyfriend Bish lived with us on weekends, when he was down from studying in Gatton. Ian may as well have lived there. Missy, too. It was awesome.
Most of us decamped to my friend Mez’s place the night they freed Nelson Mandela, because her parents were away, of course. We played drinking games and danced and skinnydipped. After all, we were 19. We woke in the morning to find JC asleep in a baby’s travel cot. Can’t remember who put him in there.
…want more? Here’s the full piece.

At this delightful soiree a few weeks ago, mid-anecdote, I was whacked with one of those personal life realisations: not quite an epiphany but probably not far off. It was a fabulous shindig: a local landscaper, nursery owner, and all-round bon vivant threw a party to celebrate his premises expanding from the heritage brick […]

Writing a novel is surely making me a better reviewer. And a kinder one. This process is hard. Without the time luxury to write in large chunks, I fit in hours or two when I can. Which has produced not quite 20,000 words in just under a year. Already I am sick of the thing: […]

I may have finished a first draft. Have definitely been slaughtering some darlings.