On the train from Eumundi to Brisbane earlier this week, I’d scored myself some glorious uninterruptable hours to write a piece whose deadline casts a megashadow over the month (and a piece that’s proving a challenge on two fronts). Or so I’d assumed.

Lack of chivalry meets lack of self control, and the bloke who should be painted as a prick to the carriage community gets away with it.

Seat sorted: forward facing, single against window. An older train, so no free wifi to distract. (Important.) It all starts so well. But then, somewhere south of Nambour, around Mooloola, my concentration cracks all Humpty Dumpty.

People trickle into the train along the line until only single seats remain. It’s not yet 7am.

Young battler family, straight from Working Dog’s central casting, push their way pram first up the carriage, needing to park pram and sit. Mum, smiling, holds their young baby, bringing up the rear. They stop across from me, diagonally, next to a baby boomer-esque couple in the seats near the door, the seats usually reserved for the handicapped or the infirm. The seats that a gentleman would vacate for a woman with baby in arms.

Young dad (ponytail, buzz undercut, goatee) stops and exercises his polite voice, asks if the couple sitting would mind swapping sears so his family could please sit together and keep an eye on the pram?

The woman continues to stare out the window. Her partner (60ish, blue business shirt, shiny bald head) looks directly at the little family, and abrupts in a surprisingly velvet voice “Why, have you got another two seats together for us? We’re sitting together.”

“Um,” goatee replies, colouring up. “I don’t know, we’d just like to sit with the baby and the pram please.”

“Did you pay extra? No. We’re not moving. You can leave the pram here and sit elsewhere.”

Prick. This is the point I turn, with my best glare.

Young goatee dad is also offended by a lack of chivalry.

(Queensland Rail itself would also be disappointed. Point 2 in their 15-point guide to transport etiquette states: If you are occupying a Priority Seat, vacate the seat for someone who has a disability, is elderly, pregnant or carrying young children.)

So far, clear moral script. Villain easily spotted… Until goatee boy’s anger grabs him by the balls and he loses it, telling the selfish prick he is, well, a selfish prick, but using all his favourite words starting with C and F. But mainly C.

After a few rounds of fourth-grade playground vocab, goatee is pretty frustrated. And very, very angry.

“You expect us to leave the pram here and go sit all the way in another carriage, and come back and forth for the baby, c***?.”

I stand, fold my laptop under my arm, and offer the mother my single seat, willing the young dad to calm down and shut up, willing the older man to stop looking so smug (because he is smug now, he’s been sworn at, so he can claim moral superiority). He’s still a prick.

Etc. You can imagine. For a lot of the journey’s remaining 90 minutes.

This anger breaks my heart. This anger allows the business man (did I mention he was a selfish, unchivalrous prat?) to play the injured part, which he milks, calling for the guard, saying he feels threatened, telling the guard to call the police because a violent man is threatening him in words and actions.

Kids sprawled on seats further down the train stare at their phone screens while elderly people stand in the aisles next to them. Who can expect them to offer their seats, with the example played out at the other end of the carriage?

I stare out the window.

Goatee man, because he lost his temper, threw away the moral high ground, and it’s tempting to extrapolate to the rest of his life, sadder, spiralling in anger cycles, because somewhere he missed a life lesson or two. Always recast as villian.

He did come back down the carriage, and apologised to the man and woman (still seated, she staring out the window) for his earlier language. The “couple” hadn’t spoken a word to each other, and didn’t for the entire journey. The businessman kept his eyes closed the entire apology, which riled goatee boy anew. Apology forgotten, a new flock of cursing was released. Businessman still looked smug. I felt disappointed in the pair of them, annoyed for humanity, and am still trying to figure out why this episode has wormed its way around my thoughts all week.

“The anger of the stupid keeps them disenfranchised,” I SMS’ed to my partner. What an unattractive parable. 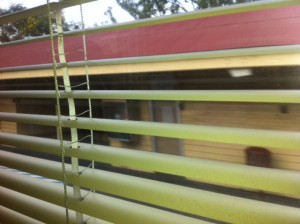 I guess there is a reason why I ended up an editor.

I’ve been back working with Brisbane Arcade recently, for its 90th birthday celebrations. I love Brisbane Arcade: its bloody history, its Art Deco bone structure, and its personalities — many of whom I got to know when I was marketing manager there a decade ago. For the 90th, I’ve had the exceeding good fortune to work […]